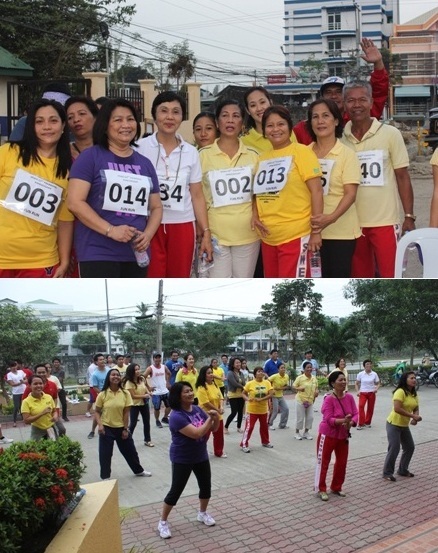 Field Office II started the celebration with a Fun Run which was joined by Director Violeta A. Cruz and with the employees.

The Fun Run was divided into two categories: 3K for Women and 5K for Men with route along the Regional Government Center, Carig, Tuguegarao City. Prizes were awarded to the top three winners in each category respectively.

The leisure run lasted for almost two hours and was followed by “Hataw” (a morning dance exercise) wherein everyone showcased their dancing prowess to promote fitness and healthy lifestyle.

Meanwhile, several activities are already lined-up for the weeklong celebration such as Showtime, a display of talents among each unit of the department; and the naming of this year’s Loyalty Awardees which recognizes officials and employees who have rendered 10 to 35 years of dedicated service.

In her speech, DSWD Secretary Corazon Juliano-Soliman said that after more than six decades of public service, the department vows to continue its tradition of excellent public service by strengthening partnerships with various sectors to ensure that programs and services that address the needs of the poor and those most deserving of government assistance will be delivered. ###By MARICEL B. ASEJO, Pantawid Information Officer II