Every March, the Department of Social Welfare and Development Field Office 02 (DSWD FO2) joins the nation in celebrating Women’s Month as part of Proclamation No. 227 s. 1988, providing for the observance of the month of March as Women’s Role in History Month.

The theme “We Make Change Work for Women” was used in 2017 and 2018 and shall also be used this year until 2022. The theme aims to highlight the empowerment of women as active contributors to development.

As part of this year’s activities, women from the field office were asked about their take on women empowerment and what they think are the gains that were already achieved and the development that they hope to see in the future. 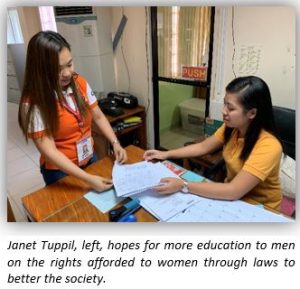 Janet M. Tuppil, 23, an Administrative Assistant working for the Protective Services Division of the field office, says that she is confident that she can exercise her rights as a woman through laws such as RA 9262, also known as the Anti-Violence Against Women and their Children Act (VAWC) of 2004, while also hoping for more education towards men in the grassroots to be more aware of these laws. Like other women, she says that she already experienced being cat-called which she says was unpleasant and downright terrifying. 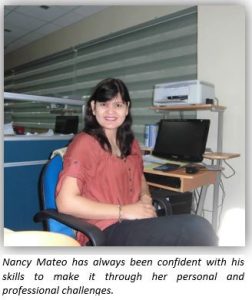 Nancy V. Mateo, 42, single and working as a staff for the field office’s Accounting Section, says that her confidence to build herself up does not depend on anyone and she says that she continues to pursue personal and professional growth despite being single for the bulk of her life. 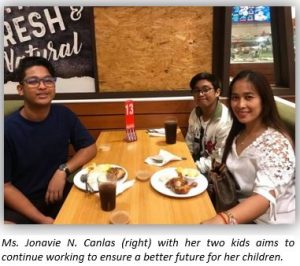 Jonavie N. Canlas, 40, working for the Records Section of the office, says that she has grown accustomed to supporting her two kids for the past six years.

She says that  her experiences for the last 6 years galvanized her into becoming an independent woman. 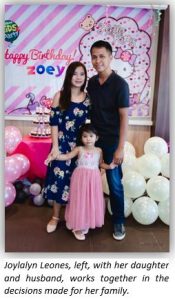 Joylalyn T. Leones, 30, an Administrative Officer at the Financial Management Division of the field office, says that she appreciates the fact that she has a say in the decisions made for her family and that she and her husband take shared responsibilities in everything they do. She credits these through a society that is now more aware of the rights that should be bestowed to women.

Toughening Up for the Dirty Jobs 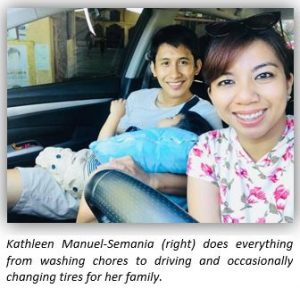 For some, pushing for equal rights also mean learning how to do the jobs that most people think should only be done by men.

Kathleen G. Manuel-Semania, 29, an Accounting staff of the field office, said that she had to learn how to drive and even change tires to help her husband in the day-to-day responsibilities in their house. 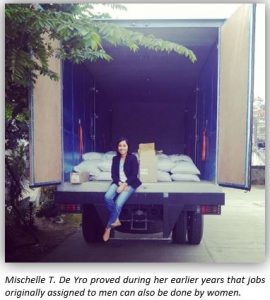 When Mischelle A. De Yro started working and had to be assigned to a job mostly reserved for men, she heard chatters from other people questioning her ability to handle the job. She heard how people sometimes associate women with stereotypes like tending to children and staying at home to do household chores.

Mischelle, now 30, considers the development of women’s rights through laws and other endeavors as a necessity to further push for equality between men and women. She also says that she sees equal rights now that she’s working for the field office.

Ms. Sheril S. Ubarre, 36, an Administrative Assistant working for the Pantawid Pamilyang Pilipino Program here in the field office said that while she is fortunate enough to land a job in the field office, she laments about the lack of job opportunities given to her fellow solo parents due to what she thinks is unfair discrimination from hiring companies. 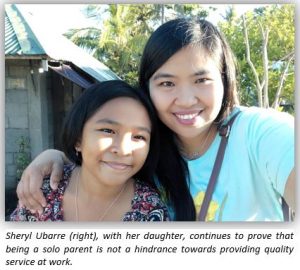 Sheryl, whose husband passed away when their child was only 8 months old recalls the challenges that being a solo parent presents while hoping for greater opportunities for those like her.