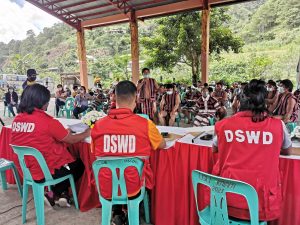 According to Regional Director Cezario Joel C. Espejo, “The IPaMaNa search was organized in a bid to showcase and champion how the program empowers IP communities in embracing the changes that promote development while preserving culture and tradition.” He expounded further that the event seeks rally support amongst the Indigenous People Community as well as other government and non-government sectors to advocate for IP empowerment and equality within the context of the 4Ps Program.

For Breda Cucuan, an Agta and the IP Mandatory Representative (IPMR) of their barangay, the 4Ps program has influenced a positive change in their community as their tribe have begun to take a more active role in community activities. As an IPMR, she is involved in planning and discussions during the barangay legislative sessions wherein one of their current advocacy is to lobby for educational support for the tertiary education of Agta students. 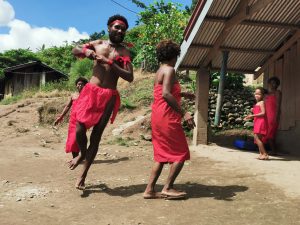 Jose “Chinnam” wanol, barangay chieftain and an Ayangan 4Ps beneficiary asserted that as one tribal leader, he continues to advocate for the transfer of knowledge, culture and tradition to the younger generation so that they can continue to live with the virtues of the Ifugao that he learned from his forefathers. He expressed that the IPaMaNa search roused the tribe’s sense of pride that had remained dormant since the start of the pandemic and effected by the growing influence of internet and technology.

“Our forefathers used to be nomadic hunters and gatherers. Life was difficult back then because the food we served our children would come from what we gathered for the day and if we found none, there was nothing to eat” narrated Juliet Alicuman, an Agta and tribal secretary. She explained that the program helped wean her community from unsustainable livelihood practices while also ensuring that the children are educated.

Mac Paul Alariao, Modified Conditional Cash Transfer (MCCT) Focal Person said, “The IPaMaNa is FO2’s brainchild and has been held annually since 2019. Now on its third year of conduct, we were able to showcase 12 diverse cultures, each with their own uniqueness and identity, but working towards one goal, to attain self-sufficiency and idependence for the community.” 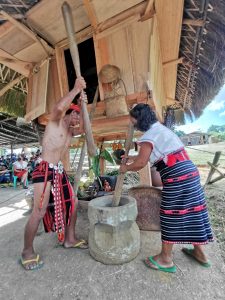 Aside from the community validation and assessment, the search also highlighted the IPinaghain or the festival of iconic dishes where traditional practices in cooking using indigenous ingredients and equipment are showcased by each tribe. During the virtual awarding ceremonies, the Kalanguya tribe from Nueva Vizcaya was adjudged as the region’s model IP community while also securing the top spot for the most iconic food under IPinaghain.