The family of Dominador Watiwat was one of the affected families in this municipality and sought refuge at the Diptan Elementary School after typhoon Ferdie  rendered his family homeless.

He added that his family is about to depart for Manila and already booked their flight when Ferdie struck the province. His family lives with his son’s family in this municipality.

“At the evacuation center, they expressed their desire to go home, thus, we helped them facilitate the refund of their tickets and we provided them with transportation assistance of P5,000.00 as they are qualified for Transportation Assistance to Indigent Individuals under the Assistance to Individuals in Crisis Situations Program of the DSWD,” said Ms. Rosemarie Bartolome, SWO II and Social Welfare and Development (SWAD) Batanes Team Leader.

Likewise, SWAD Batanes and the Provincial Social Welfare and Development Office (PSWDO) of Batanes assisted them to get on the C130 plane that would ferry them to Manila as there are no commercial flights yet in Batanes.

Typhoon ‘Ferdie’ left 14,384 affected families during its onslaught on September 13, 2016 and was described by the Ivatans as the strongest typhoon that ever visited their province. ## By: Gela Flor R. Perez, Regional Information Officer II 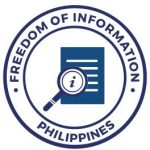