At the break of dawn, Manong Ely (not his real name) starts his day attending to his sari-sari store. He patiently organizes his stocks, replenishes empty shelves, and prepares for a busy day ahead. His typical day begins as customers flock his store, regular patrons buy basic necessities and travelers stop-by for refreshment. At the end 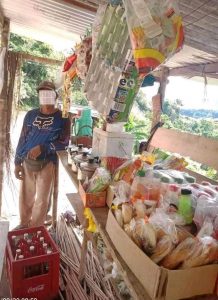 of the day, he eagerly counts his sales up to the last coin.  His new routine is far from what he was used to.

In the early 90’s, members of the New People’s Army (NPA) constantly drop by his place in Nueva Ecija, asking for meals and errands. Fear for his life and security, he was left no choice but to abide their requests. Time came when he became a confidant and in 1996 he was eventually recruited as part of the insurgent group as a regular until 2004. He was inactive for a while and subsequently involved himself in the affairs of the group when he relocated at Nueva Vizcaya in 2006. Unlike before, he didn’t go up to the mountains but rather stayed on the ground and served as an informant tagged as militia ng bayan. He operated under the outer core of the group and provided crucial information. His place also became the storage of high powered guns and ammunitions. As he recalled, those dark days were filled of fear, uncertainties, and restlessness. Never did he find peace on the road he had taken.

In 2018, through the encouragement of a uniformed official he finally decided to surrender for the welfare of his growing children. The government’s Executive Order No. 70 or the “Whole of Nation Approach in attaining inclusive and sustainable peace, creating a National Task Force to End Local

for Manong Ely. Knowing that the government offers tangible programs for FRs to be integrated b 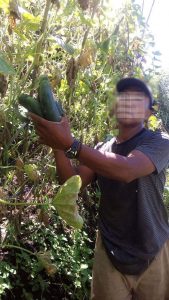 ack to the community, he grabbed the opportunity to make his life better.

In November 2020, he received LSG amounting to P20, 000 and used it as seed capital to put up a sari-sari store.  Few months later, he expanded his business and added cooked meals and snacks since his business is strategically located along the highway going to Ifugao Province and Baguio City. He earns an average of P8, 000 monthly from his venture. His regular income supports the needs of his family. He can steadily put food on the table unlike before. Through his persistence, he was able to save P18,000 and used it to put up a secondary project. He decided to venture on high-land vegetable (cucumber) production. To date, he is now

on his third cropping earning an average of P4, 000 per 45-day harvest cycle. He delivers his produce to Nueva Vizcaya Agricultural Terminal (NVAT) in the town of Bambang. He plans to make the most out of these ventures so that in the near future his dream of owning a restaurant will come into reality.

For Manong Ely, it’s a long way to go but far better from his previous way of life. More than the economic gains, he is thankful for the opportunity that led him to a whole new perspective. For him, the shift from loading bullets to counting coins is worth taking. ###Written by: Melisen A. Taquiqui