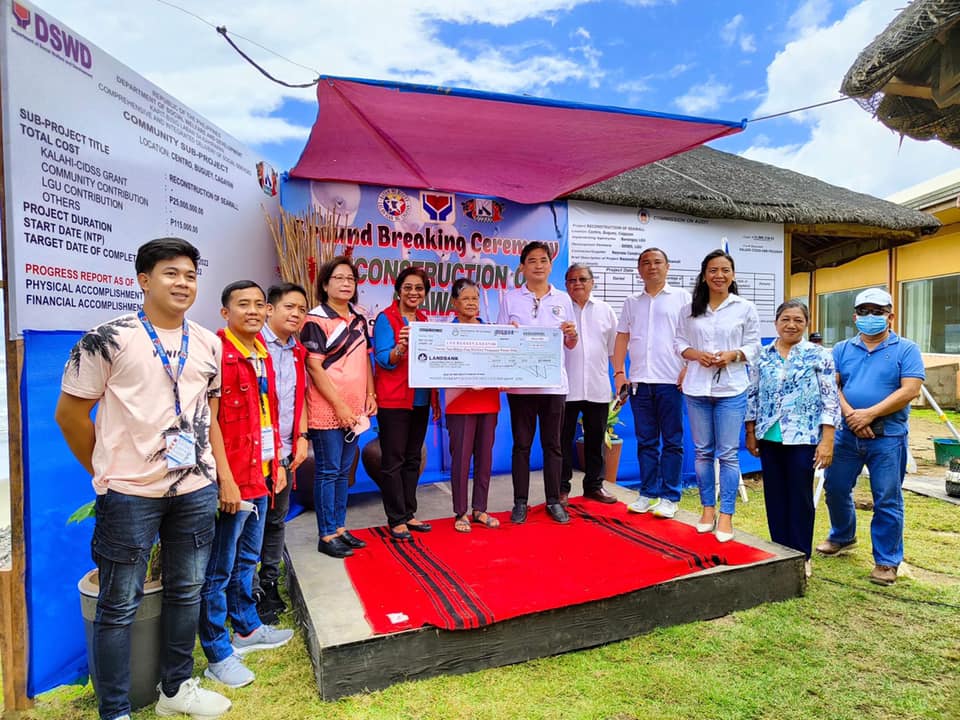 As part of the action of the government to alleviate poverty using the Community-Driven Development (CDD) approach, P22,500,000 municipal allocation was awarded by the Department of Social Welfare and Development Field Office II (DSWD FOII) through the Kapit-bisig Laban sa Kahirapan Comprehensive Integrated Delivery of Social Services (KALAHI-CIDSS) Kapangyarihan at Kaunlaran sa Barangay (KKB) Program with the simultaneous conduct of the official groundbreaking of the project: “Reconstruction of Seawall,” in the Municipality of Buguey, Cagayan, Wednesday, March 30,2022.

Said municipal allocation forms 90% of the total grant and is intended for the reconstruction of seawall to protect residential shorelines from upland erosion and surge flooding. For their part, the Municipality of Buguey approved a Local Counterpart Contribution amounting to P115,000 in cash and in kind.
The implementation of the program to the municipality will provide support to the Local Government Unit of Buguey, Cagayan and other local disaster response instrumentalities. It is maintained by the general parameters and guidelines of the National Community-Driven Development Program safeguards through the Environmental and Social Safeguards Checklist.

Regional Director Cezario Joel C. Espejo emphasized that through the said project, the Department will continue to empower poor communities to achieve improved access to services and to increase their participation in a more inclusive local planning, budgeting implementation, and disaster risk reduction management.

KALAHI-CIDSS KKB is implemented under KALAHI – CIDSS National Community Driven Development Program. The project focuses on supporting livelihood-related priorities of communities that generate and diversify income of households using the CDD approach. It follows an open menu system where a community can propose projects based on their needs.